Six Scenarios for End of the Ukrainian Conflict 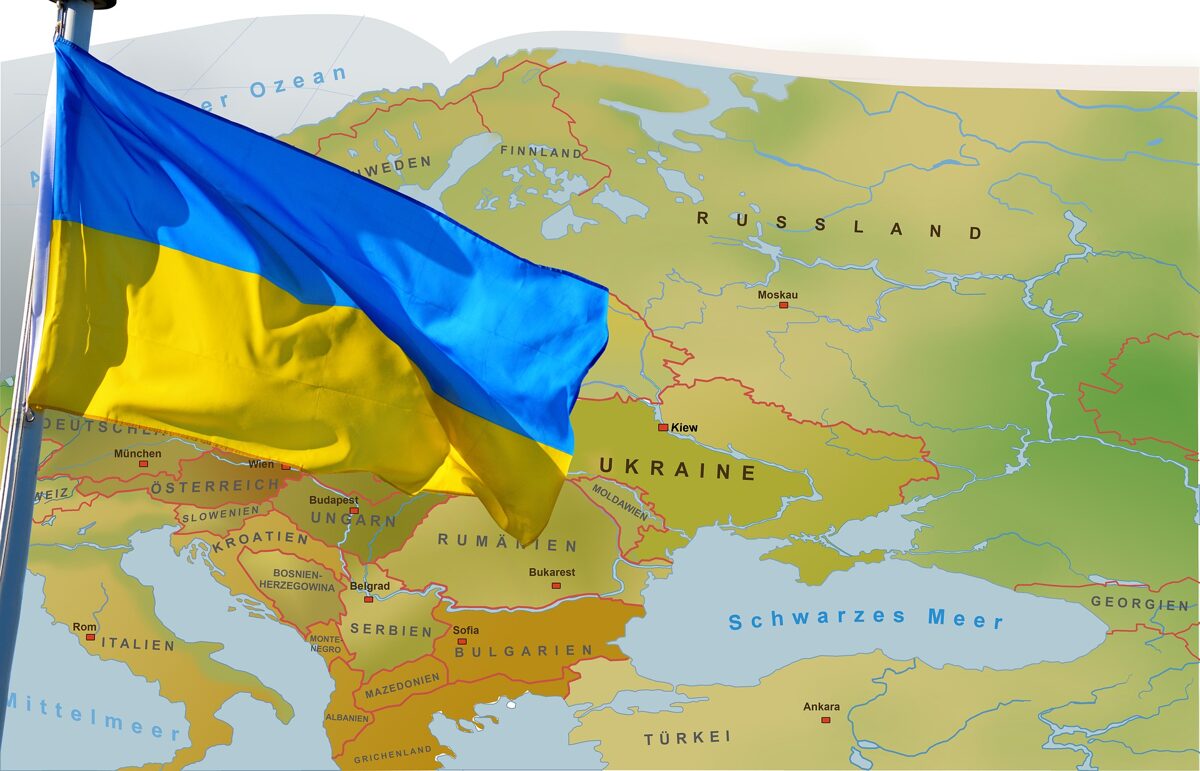 On the 24th of February Russia started illegal aggression on Ukraine calling it the "Special Military Operation". As the war is ongoing for almost two months, the Ukrainian army has shown an unexpectedly good resistance after the initial penetration of the Russian army. However, the war is far from over, unfortunately. Therefore, both sides still have a lot to do if they want to win the war. The aim of this article is to present six different scenarios in terms of a territorial split depending on how decisively one or the other side won.
1. Decisive Russsian victory

This scenario implies that Ukraine is militarily defeated, its army capitulates and it is forced in signing a very unfavourable peace treaty. In this case, the territory that once belonged to Ukraine would be split in half, with eastern territories becoming independent states or annexed by Russia. The western part would remain (formally) independent with the potential puppet government controlled by Moscow and used as a buffer zone against NATO. The territorial s plit is shown in picture 1.

In the second scenario, Russia wins without being able to completely destroy the Ukrainian army and force it to capitulate. Instead, war is over at the negotiating table with Russia taking all Black Sea regions effectively land

locking Ukraine. By the agreement Ukraine agrees to military neutrality with the option to join the EU, in return, it recognizes the loss of territory.

Russia wins the war, but with heavy losses without being able to effectively control the whole of eastern Ukraine and the Black Sea regions. Instead, it keeps the control of what is called Novorossiya, keeping a land connection between Crimea and the self-proclaimed Donetsk and Lugansk People's Republics. This outcome becomes increasingly realistic, having in mind that the Russian offensive has stopped and in some parts its army has retreated.

Ukrainian army succeeds in defending from the aggression and liberating some of the previously occupied Oblasts, however, at a high price. It loses a lot of civilians, soldiers, armaments, airplanes and other military equipment. Crimea and LPR and DNR are annexed by Russia and Ukraine is forced to recognize the loss by signing a peace agreement. This outcome is as well highly possible.

Ukraine manages with the support of Western allies (support in sending military aid, not direct involvement in the conflict), to liberate all territories that it controlled before the start of the aggression. Donetsk and Lugansk remain under the control of rebels but are not internationally recognizes nor does Russia tried to annex them. Russia admits the defeat and preserves control over Crimea only.

Ukraine is coming out of the war victorious while Russia experiences embarrassing defeat being forced to leave Crimea as well. Ukraine then joins NATO and the EU, while Russia is not considered as a world superpower anymore.